Based in Melbourne, 'Frogman' is not your typical superhero comic. Injected with an experimental serum, teenager Steve Miller has to deal with new powers while keeping his new identity secret from those close to him. Will Steve be able to tread the fine line between being a normal guy and the country's latest superhero? 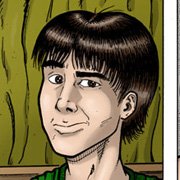 Steve is an unremarkable Melbourne teenager. Neither a social outcast nor one of the 'cool kids'. He likes comics, studying karate, movies with explosions, drawing, and one day hopes to work professionally on his own comics. After an incident at his dad's work, Steve is about to become a whole lot less unremarkable, and his life much more interesting. 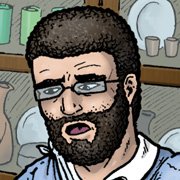 Father to Steve, Peter is the lead research scientist in his team at V-TECH labs in Sunshine North. He can't speak about his work because of an NDA, but it is important enough for someone to send armed men to steal it. When he's not working (or being shot), he likes to watch the footy on TV. He barracks for Geelong. 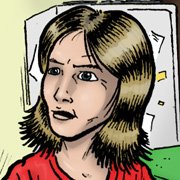 Julie is Steve's mother. She is an average cook, keen gardener, loving mother, and devoted wife. Julie will not tolerate swearing in her house, or mobile phones at the dinner table. She may be bribed to play video games with promises of dishwashing assistance. 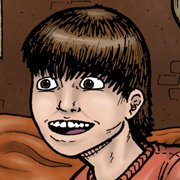 Dean is Steve's younger brother. His two main passions in life are video games and watching his brother get told off. Despite this, he does look up to Steve, and wants to be more like him. He is also reigning Super Death Fighter 9000 champion in the Miller household. 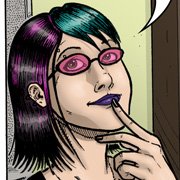 Lisa is Steve's Polish girlfriend. When she's not telling people how to pronounce her surname, she's at karate class - where she originally met Steve. She loves reading, especially sci-fi books, and will seriously hurt anyone who calls her a 'fake geek girl'.